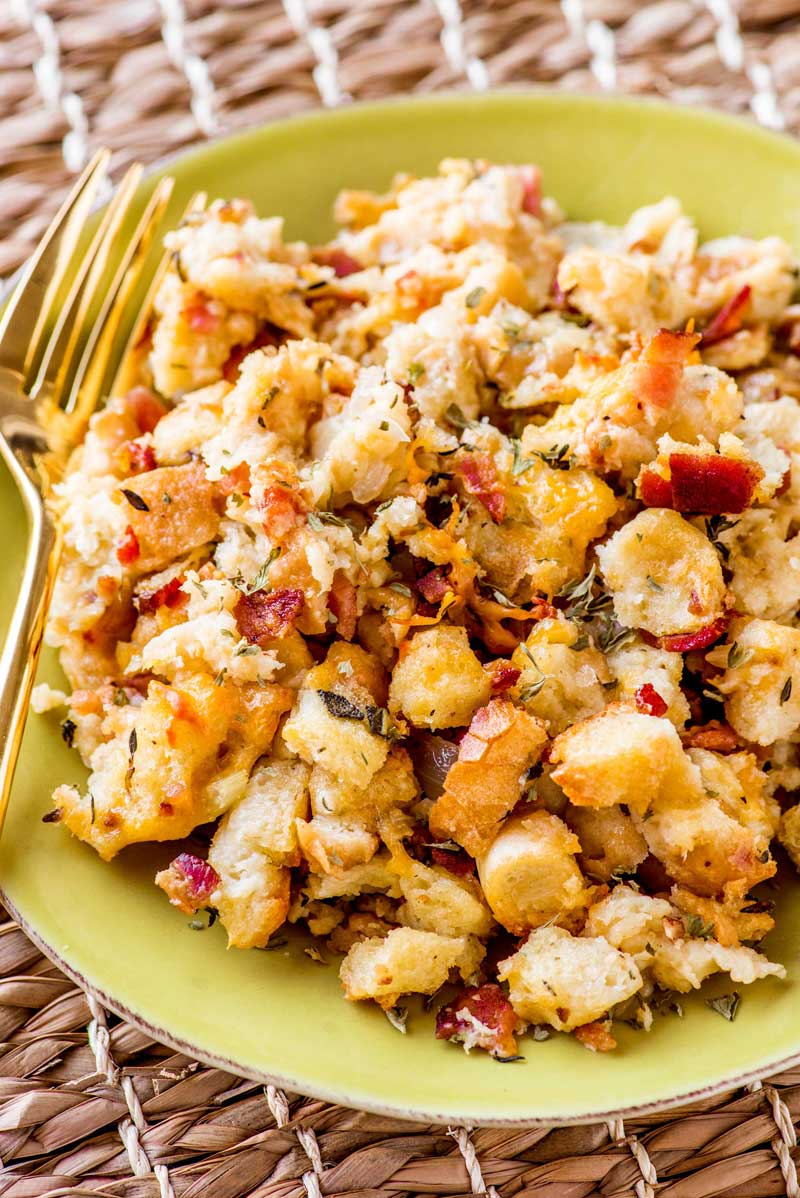 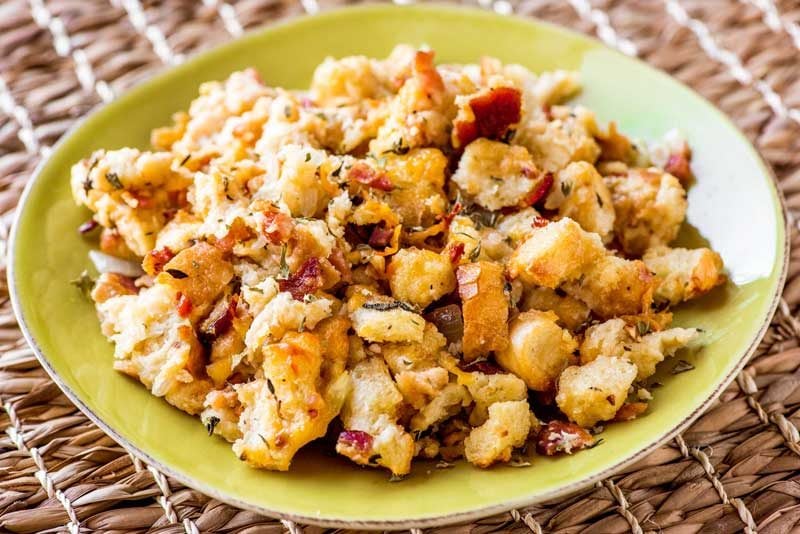 Then, there’s the beer. Beer has a way of adding a ton of depth to the flavor of a recipe, and especially when used in conjunction with meats like bacon. Even if you’re not a fan of drinking beer you may love it’s when cooked with the right ingredients. I opted to use Blue Moon in this recipe, and the hints of citrus really made the flavor pop.

And, finally, there’s the cheese. I don’t know about you, but I’m always looking for new ways to add cheese to my life, and what better way is there than baking it in a dish that’s 90% French bread?

I certainly can’t think of any! 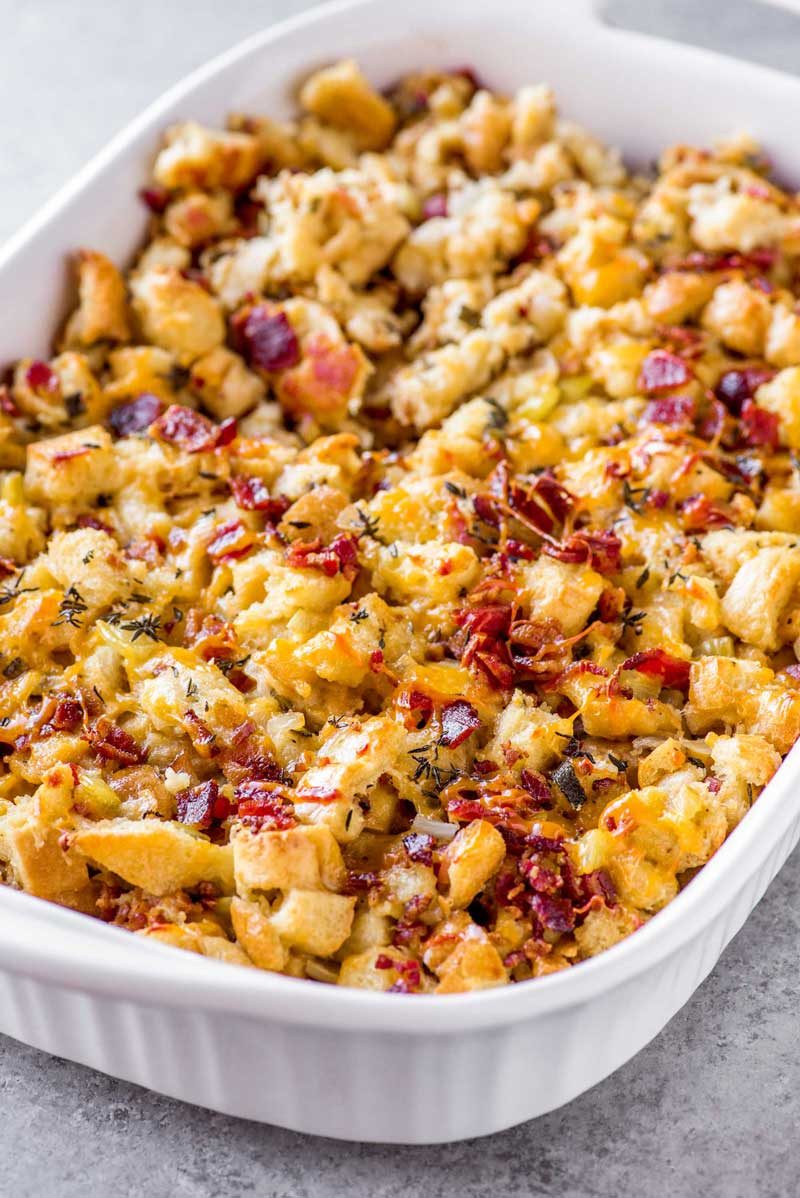 All fangirl-fawning over the ingredients aside, I must admit that this stuffing recipe surprised me with how good it was. I grew up enjoying the more “traditional” forms of stuffing, which usually meant a lot of bread with a little bit of seasoning.

And don’t get me wrong – there’s absolutely nothing wrong with that. Classics are classics for a reason. Stuffing doesn’t have to be a wallop of flavor for it to still be good.

This recipe may be a bit more time-intensive (due to cooking up all that amazing bacon) but since you don’t use the bacon grease in this recipe, you can also opt to use pre-cooked bacon. I know not everyone is a fan, but it can be a great alternative in a pinch. I’ve used pre-cooked bacon in many baked dishes and still loved them just as much. 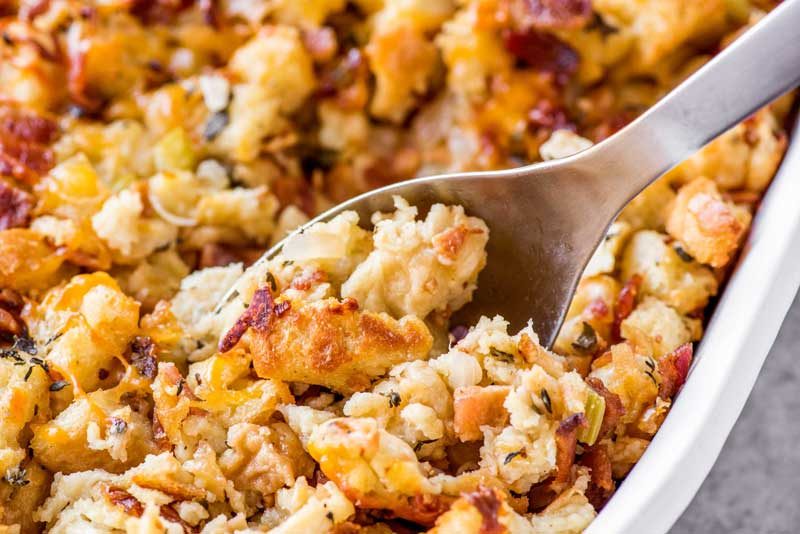 So if you’re ready to take your side dish game to the next level for your next dinner, holiday, or rainy Sunday, this stuffing is more than worth a walk on the wilder side.

We are talking bacon, beer, and cheese, after all.

How can you go wrong with that?

This post first appeared on The Slow Roasted Italian website (where I am a monthly contributor) and has been syndicated here. 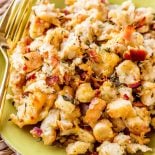